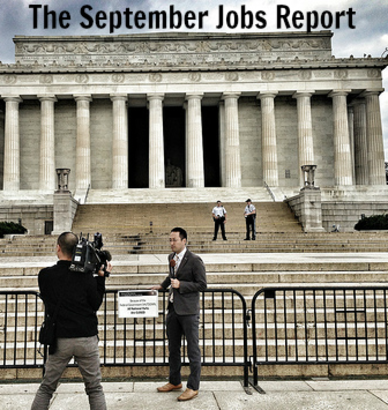 18 days after their regular release date, the Department of Labor released the September jobs report. The information, primarily compiled before the October government shutdown, provides the economists, investors, and business leaders watching the numbers with an uncertain forecast. Unemployment decreased to levels not seen since November 2008 while only a relatively paltry number of new jobs were added compared to the month before. Let’s take a look at the big picture and the repercussions for manufacturing.

Unemployment on the Decline

National unemployment numbers eased down from 7.3 to 7.2 according to the September jobs report findings. Though not substantial, the lack of a corresponding increase in unemployment paired with the decreased hiring numbers at least bodes well for some improvement. Economists are uncertain about how level unemployment numbers will remain in the coming months, especially in the aftermath of the government shutdown.

A Disappointing Number of New Jobs

The September jobs report found that American employers only added 148,000 jobs overall to the market. Compare that to the previous 193,000 in August and you have an almost 50,000 job drop. Additionally, the rate of employment growth was slower than the previous year, when the average number of jobs added per month was 185,000. The diminished number of new positions isn’t even attributable to the government shutdown.

The Department of Labor reports that the October jobs report will be released on Friday, November 8th, a week later than originally planned, due to the furlough that affected most federally employed economists. Furthermore, the first job report that won’t be affected by the federal shutdown starts in January 2014. So, for the next few months, expect the job reports, and specifically hiring numbers, to be impacted by the government stalemate.