Manufacturing and the Government Shutdown 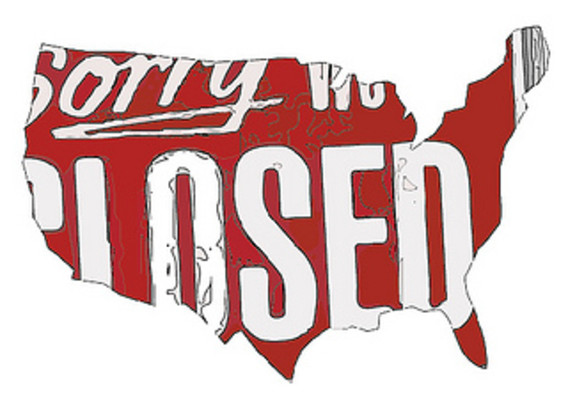 The federal government shutdown is not happening in a bubble. Certainly, the first day when federal offices, facilities, and parks were shuttered public servants took the biggest hit but now they aren’t alone. There are numerous industries affected by the government shutdown: here is how manufacturing is being impacted.

The idea that the government shutdown would impact all of their independent contractors is an obvious one but the full magnitude of that impact is worth dwelling on. As of October 7th, Lockheed Martin was set to furlough at least 2,400 employees. Sikorsky Aircraft originally intended to furlough a number of their employees until the Department of Defense decided to return 400,000 civilian employees back to work (that may change if the government shutdown presses on).

With mid-sprint pause on numerous contracts, many companies are grinding to a halt as they await the conclusion of the government shutdown. Lisa Goldenberg, president of Delaware Steel Company, said in an interview to Marketplace that the government shutdown is making a “slow system even slower.” Production, shipment, and all the other mechanisms of these manufacturers will take a while to shake off the dust once both Houses of Congress pass a final budget.

Boeing is expecting delays in the production and delivery of jetliners as the U.S. aviation officials needed to certify their aircraft will be absent. Any manufacturer that relies upon the FAA or any other regulatory agency will be left in the lurch until a federal budget is finalized and agreed upon. The majority of employees of the FDA, EPA, and the Department of Labor’s OSHA division will also be furloughed, which means that safety inspections by these agencies will be deferred until after the shutdown is over.

During the government shutdown, many U.S. Small Business Administration (SBA) employees will be furloughed. That means that those small businesses looking to petition for 7(a) loans and 504 certified development loans are left in limbo. The growth of small businesses will be put on hold which will in turn affect the already tenuous resurgence of the economy. Essentially, the longer the government shutdown lasts, the greater number of businesses will be affected.