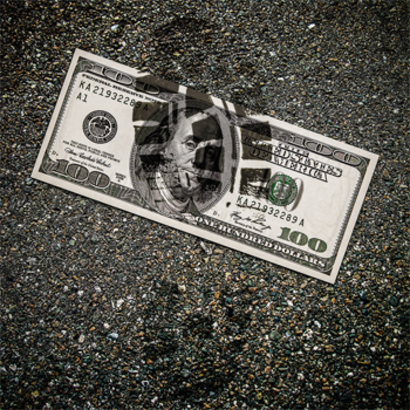 When most people are accepting a counteroffer, they walk away with two things: a few extra bucks in their paycheck and a ticking time bomb on their hands. Money is rarely the sole reason employees leave companies. Before long, their other reasons resurface.

A survey of 7,530 LinkedIn members found that the top two reasons why people change jobs have nothing to do with financial compensation. Furthermore, there are other concerns that eventually undermine the benefit of extra money. From our experience, these four complaints are things accepting a counteroffer will never fix.

1.) A Lack of Growth Opportunities – Are you stunted in your career growth? LinkedIn’s survey found that the majority of employees leave companies due to a lack of greater opportunities for career advancement. Some are frustrated by a flat company hierarchy. Others fret over a scarcity of training. Accepting a counteroffer won’t curtail those grievances. It just prolongs the strain.

A new company gives you a blank slate. In an interview, there’s a chance to investigate growth possibilities. Ask:

If you’ve asked these questions and the company meets your approval, declining the counteroffer is the way to branch out in your career.

2.) A Negative Work Environment – Does your boss fail to give you constructive feedback? Are you micromanaged into a corner on every project? You’re not alone. The second most common reason employees leave companies is for better senior leadership. Most employers won’t reinvent themselves because one employee is disgruntled.

In this instance, a counteroffer isn’t made because they can’t bear to lose you. Accepting a counteroffer buys them time to replace you on their terms.

If you’re looking at a new company for a copacetic atmosphere, the right questions and research can help you find out. Learn about the dress code through pre-interview emails. Ask:

You might not get all your questions answered, but the goal is to piece together the tiles that give a clearer mosaic of the overall company atmosphere.

3.) Boredom – Does your current job lack luster? Are you itching to do something that stimulates your brain? Accepting a counteroffer isn’t going to resolve that wanderlust.

Sometimes, more job duties are added as justification for a pay increase. That’s good, right? New challenges can help to cut through that boredom, but they’re not on your terms.

Accept a counteroffer and you accept those new duties, good or bad. A job advertisement is typically transparent about the position’s responsibilities; it’s better for employers to be candid when searching for new staff.  Now, you know exactly what’s on the docket and you can decline an offer if you want. You no longer have that option if you end up accepting a counteroffer.

4.) A Long Commute – A counteroffer may cover the cost of gas but it doesn’t make up for the time lost. In the short term, you may feel a short boost, but over time you’ll return to the same dissatisfaction.

Studies link long commutes to higher blood pressure, elevated stress, and a greater gain in weight. Over the long term, it can even damage relationships and shorten your lifespan. All of those toxic elements will boil up over time. Ultimately, rejecting a counteroffer can be one of the better health choices you make.

For those who still consider accepting a counteroffer (that extra money can be alluring), remember that none of these factors stands alone. Combined, those are all a lot gripes that counteroffers can’t fix. Is it worth accepting career unhappiness for a quick buck?