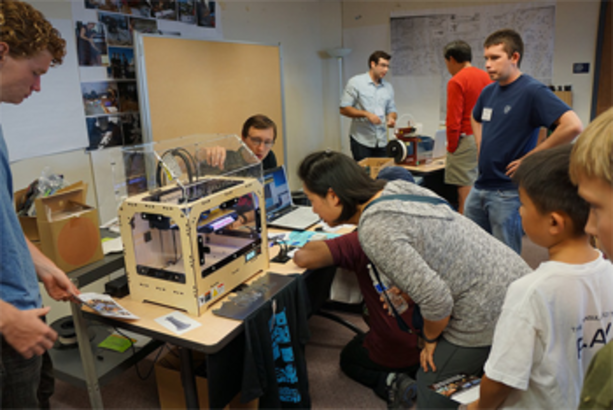 The big buzz for educators and economists, business owners and politicians is STEM education. That makes sense given 29 nations outperformed the U.S. in mathematics and 22 nations outperformed the U.S. in science in 2012 PISA test results. Math and science need higher emphasis, but is artistic creativity being abandoned in the process? That’s what the rising STEAM movement (which adds art to the mix) wants to avoid.

The Mixed Success of STEM

When the National Science Foundation coined the term STEM education (science, technology, engineering, & mathematics) in the early 2000s, it was to address a knowledge deficit.

America lagged behind its industrialized peers in math and science training. In response, President Bush and President Obama together funneled billions into a solution. The result? More STEM graduates over the last 15 years than in the past. But to be competitive, we need even more professionals with a STEM education.

One group believes that the STEM gap starts early and plagues American students for the rest of their academic lives. There may be some truth in that. U.S. STEM education saw nominal success at best under No Child Left Behind, valuing test scores over true learning (which connects all knowledge like data points in a matrix).

The A in STEAM could make that final connection.

Why Does STEAM Matter?

In a nutshell, STEAM is meant to augment what STEM already sets out to do. Advocates of the approach suggest that art can be used as a tool to bind together the principles of science, technology, engineering, and mathematics in a student’s minds. Artistic thought can be the hold that allows for mental flexibility between disciplines.

Without that creative component, we end up like the Chinese education system. No one can contest that they churn out technically proficient STEM workers. However, Chinese STEM education engenders minimal creativity, making their workforce as maneuverable as dragster pull tractor without a steering wheel; it can move fast, but can’t swerve out of the way of unforeseen problems.

Real world problems are rarely as cut and dry as those in a textbook. STEAM programs aim to equip our workforce with outside-the-box thinking to handle the complex, often ambiguous obstacles students will face in the field.

Where STEAM Is Happening

From elementary school all the way up to the university level, STEAM programs are beginning to appear in our education system.

STEAM education fairs are connecting the dots between the technical and design disciplines for young students. College programs are delving into ways that the arts blend with new technologies like 3D design, engineering, and computer programming. Even businesses like Lowe’s are getting involved with the funding of STEAM education programs.

Yet for STEAM to truly take off, it needs more pervasive support. Education programs need partnerships with both businesses and government bodies. When that happens, our students can surpass a marginalized status and compete with the best STEM graduates that the world has to offer.