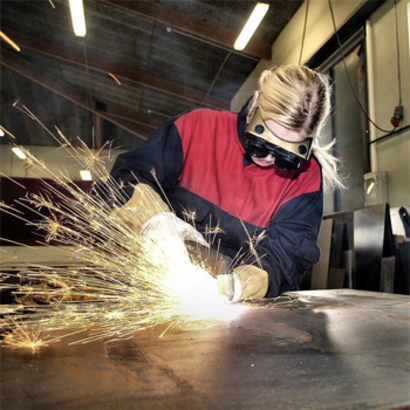 It’s amazing all the change that can happen in a month’s time. In the September jobs report, new payroll jobs were way up, unemployment was down, and several major industries experienced unfettered growth. Let’s delve into the specifics.

Employment Made a Recovery (And Then Some)

This initial tabulations of this month’s payroll numbers by the Bureau of Labor Statistics posted total new jobs at 248,000. In August, the jobs report only posted an unassuming 142,000 payroll jobs, which means a stunning 100,000 jump in only 30 days.

There were also the usual revisions from modest estimates for previous months. August payroll totals increased by 27% and the July jobs report went up by 15%. With this upward mobility, we might even expect a greater total for the September jobs report when the dust finally settles.

The Good & Bad of Unemployment

Unemployment statistics made positive headway too. The September jobs report saw a drop from 6.1% to 5.9% in the national unemployment rate. This buoyant news breaks a long running streak as the unemployment rate dips below 6.0% for the first time in 6 years.

The only smudge on the primary metrics of the September jobs report is the diminished labor force participation rate. It made a small drop from 62.8% to 62.7%. That brings it to the lowest point since April 1978 during the recession and energy crisis of the Jimmy Carter years.

Opinions on what can be done to stem that downwards incline vary, but something will definitely need to be done to reengage disenfranchised members of the workforce.

Information technology sectors reported major growth in the September jobs report. Overall, it added 11,200 new nonfarm payrolls to the U.S. economy and far surpassed the numbers from the month before.

The manufacturing sector has improved from the month before as a total of 4,000 new payroll jobs were added to the labor market.

Most gains came from durable goods manufacturers, which posted 7,000 new jobs: most notable were the 3,300 new payroll jobs in motor vehicle manufacturing and the 2,000 in fabricated metal products. Nondurable goods lost a gross of 3,000 payroll jobs with the highest loss coming from the paper products sector.

It’s a sign that September engineering and construction rates will be up when that report is released. Even more job growth can come in the future if our government invests in a plan to renovate and refurbish our crumbling infrastructure.

Growth in the accounting sector is positive, but appears to have leveled off. Accounting divisions only posted 1,600 new positions, which is a measured dropped from the 4,200 the month before.

Light industrial saw a loss of payroll jobs in September that totaled out to be 1,900 positions. Warehousing and storage continued to incrementally decrease with a 400 jobs loss. Repair and maintenance went down by 1,500 jobs, a number which might resurge if the weather takes a surly turn this winter.

On a Final Note:

Though this jobs report has been very promising, there are even more opportunities in the coming month. As the holiday season comes around, the pressures from end of the year projects and greater free time on the hands of hiring managers will allow for greater hiring numbers. Who knows what those totals will look like, but we can definitely anticipate more good news.